“I'm a single mom and my love life sucks”
User article
This post was published by a Click user. Please feel free to respond in the comments below. We sometimes edit posts to ensure Click is a safe, respectful place to share stories and questions.

I've been single for 5 years almost going to 6 i'm a single mom to a awesome boy. But my love life sucks so bad. I have so much love to give and no one to give to meaning a partner. I've been doing the online dating thing with okay results met some nice guys but at the end they just stop talking to me, Ghost out on me meaning wont show up to the date (hurtful) and never hearing from them again, then i had one who we talked for 3 months and just turned out to be so meannnn and calling me weird and wishing the next guy who puts up with me luck, WHY? what am i doing so wrong? I'm down to earth, i don't do the texting constantly or calling plus now a days people don't talk on the phone i give people their personal space i understand boundaries so why the mean comments. I know god has a plan for me and i shouldn't rush things just idk what's going on.

Issues
Parenting apart
Recommended
Introducing a partner to your children
In time, many separated parents will move on and start meeting new partners. Some children – particularly older ones – will be glad to see you happy and getting on with your life. For others, however, it isn’t always that simple, and your children’s reactions to your new partners may not be as positive as you would like. If your child has dealt with lots of changes in their lives, it might be helpful to delay making introductions to new partners. Your child may feel threatened by a new partner, and start to resent them. They may worry that they’ll have to share your attention with this new person, or that they’ll be replaced in your affections. Don’t try not to force the relationship between your new partner and your child. Give everyone time and space to adjust to adjust to the new situation. Avoid making introductions until you know the future of the relationship. Many children form very positive relationships with their parents’ new partners and can become attached to them. If your relationship doesn't last, your children risk being hurt at a time when they are already dealing with significant changes in their lives. Before you start making introductions, talk to your child’s other parent. This may be a difficult conversation to have, but it will ultimately benefit your child if everyone is aware of the changing situation and can react accordingly.
Article | stepfamily, step-parents 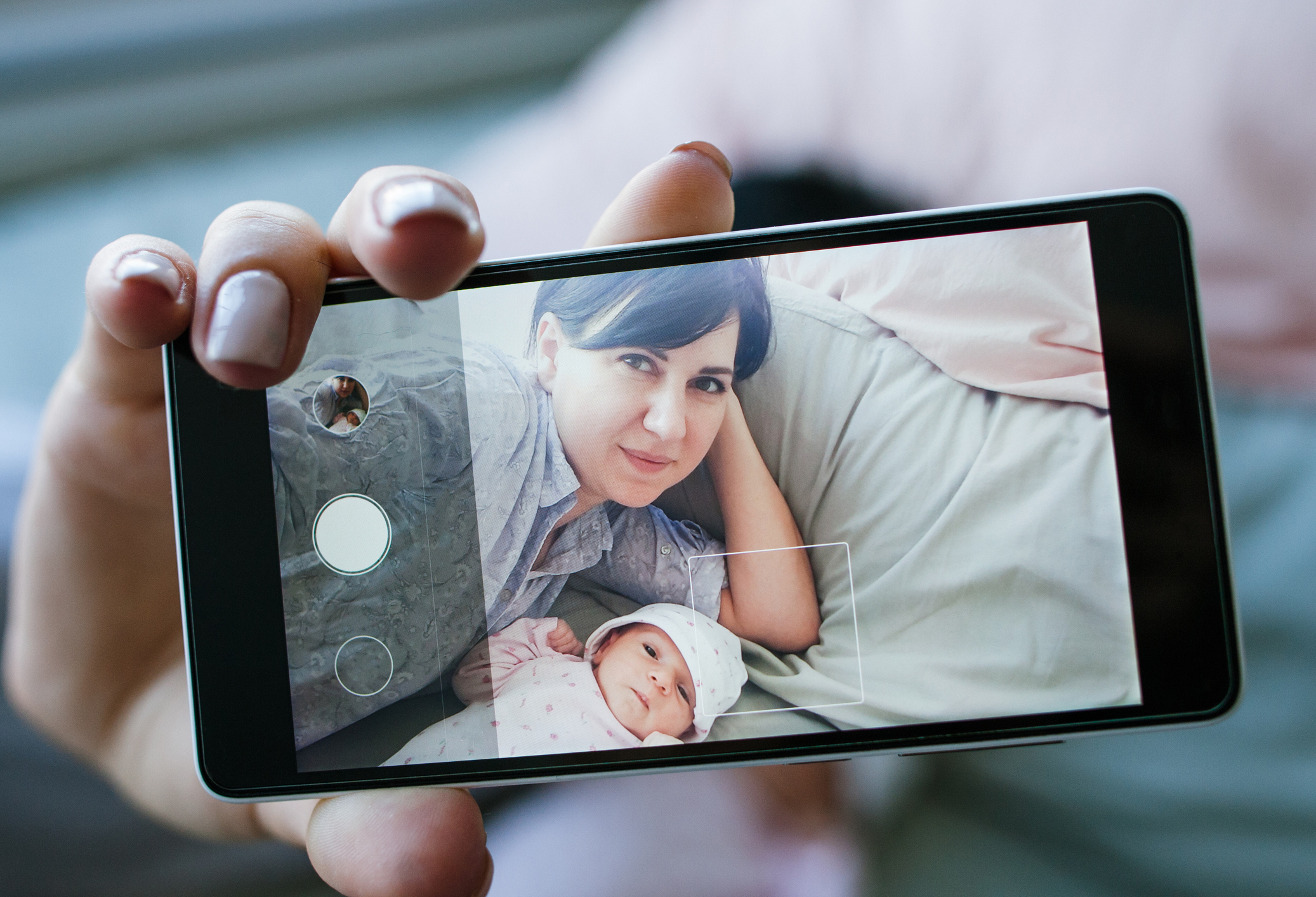 Relationship lessons from young people
Article | dating, new partner
Falling in love quickly
This post was published by a Click user. Please feel free to respond in the comments below. We sometimes edit posts to ensure Click is a safe, respectful place to share stories and questions. _________________________________________________________________________________________________________________   I met someone in a chatroom that I was in. He lives states away. I had no intention on meeting someone. However we just clicked. Continued our conversation in private. Within hours he gave me his phone number. Normally I am very hesitate about contacting people online. But I had no hesitation. We talked on the phone for a long time. Then continued at night and talked for 4 hours. Nothing really sexual. Just chatting. Then the next day we talked for a total of 8 hours.We text and talked on the phone all weekend. Our connection was so incredibly strong. And by day three he told me he loved me. I felt the same. We both were done with relationships before we met. I am a single mom. Haven’t had an official boyfriend in ten years. It’s hard to explain our connection and everything we’ve talked about however he was a player and admitted that opening before we got serious. He says I made him a one woman man. He wants to marry me and have kids. He has talked to my daughter. Another thing I’m very hesitant and protective about but had no hesitation with him. We’ve had fights because I feel like this is too good to be true. We haven’t met. I’m going to see him in April. I was supposed to in February but we got into a fight. He plans on moving to me in a couple months. I’d prefer he wait until we meet in person anyway. We text, talk on phone and FaceTime often so I don’t think it’ll be much different but it could be. He knows I’m insecure and it makes it ten times worse since he’s far away. He’s constantly reassuring me I’m it for him. He’s found the one. And I feel the same and have pulled back in sharing my insecurities. There’s wonderful feelings I have for him but also feelings of distrust I have for him. This is kind of all over the place but I’ve wanted to give some background. My question is...Can people fall in love in three days and have a lasting relationship? It’s almost a fairytale. The night he entered the chat I was asleep and the next morning I was busy at work. I hopped on on my lunch break and he said he wanted to get to know me immediately. And he said before I entered the chat he almost left but there was a fellow military man in there he felt bad for and kept talking to him. So we almost missed each other which makes it even more crazy.
Ask the community | communication, social media 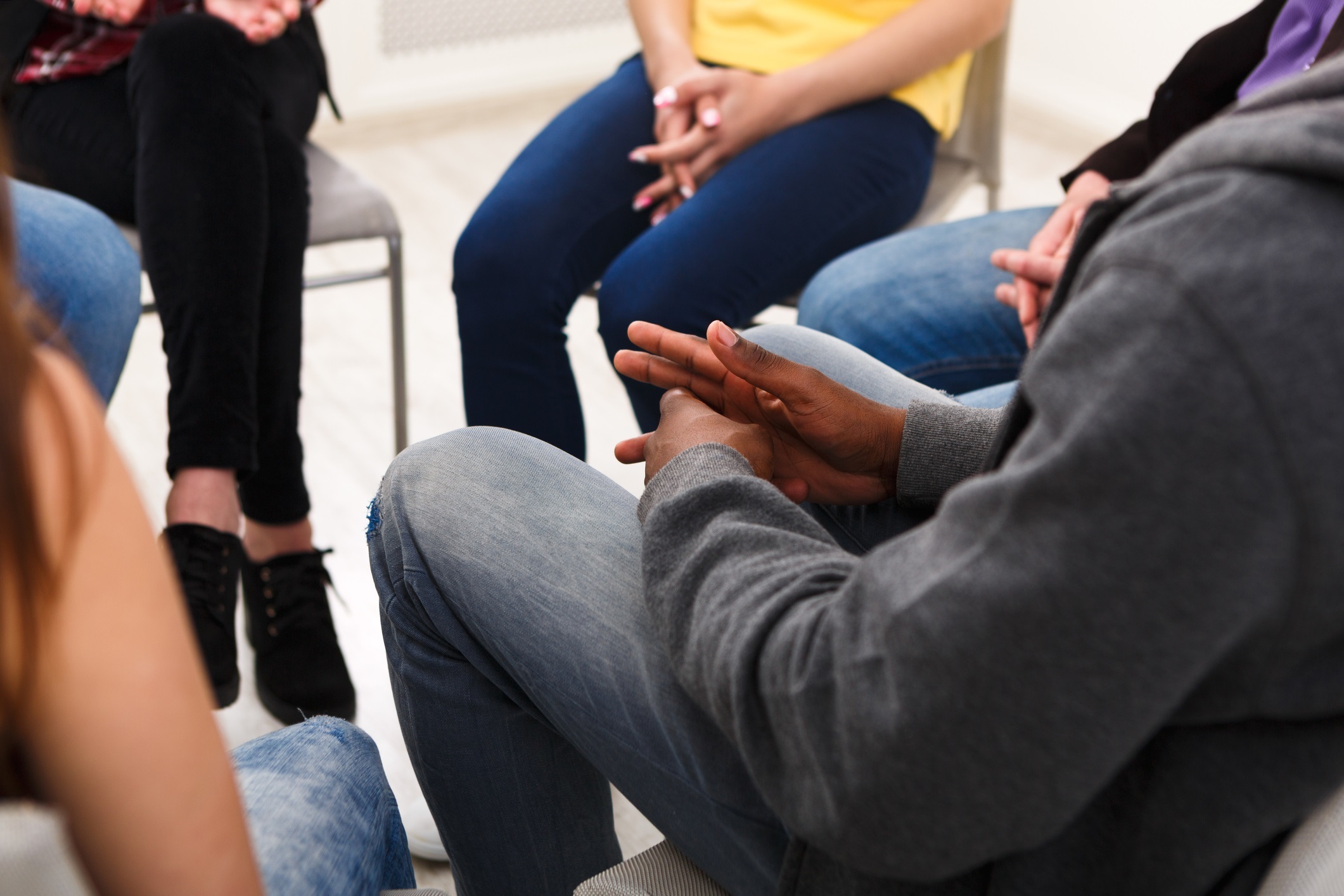 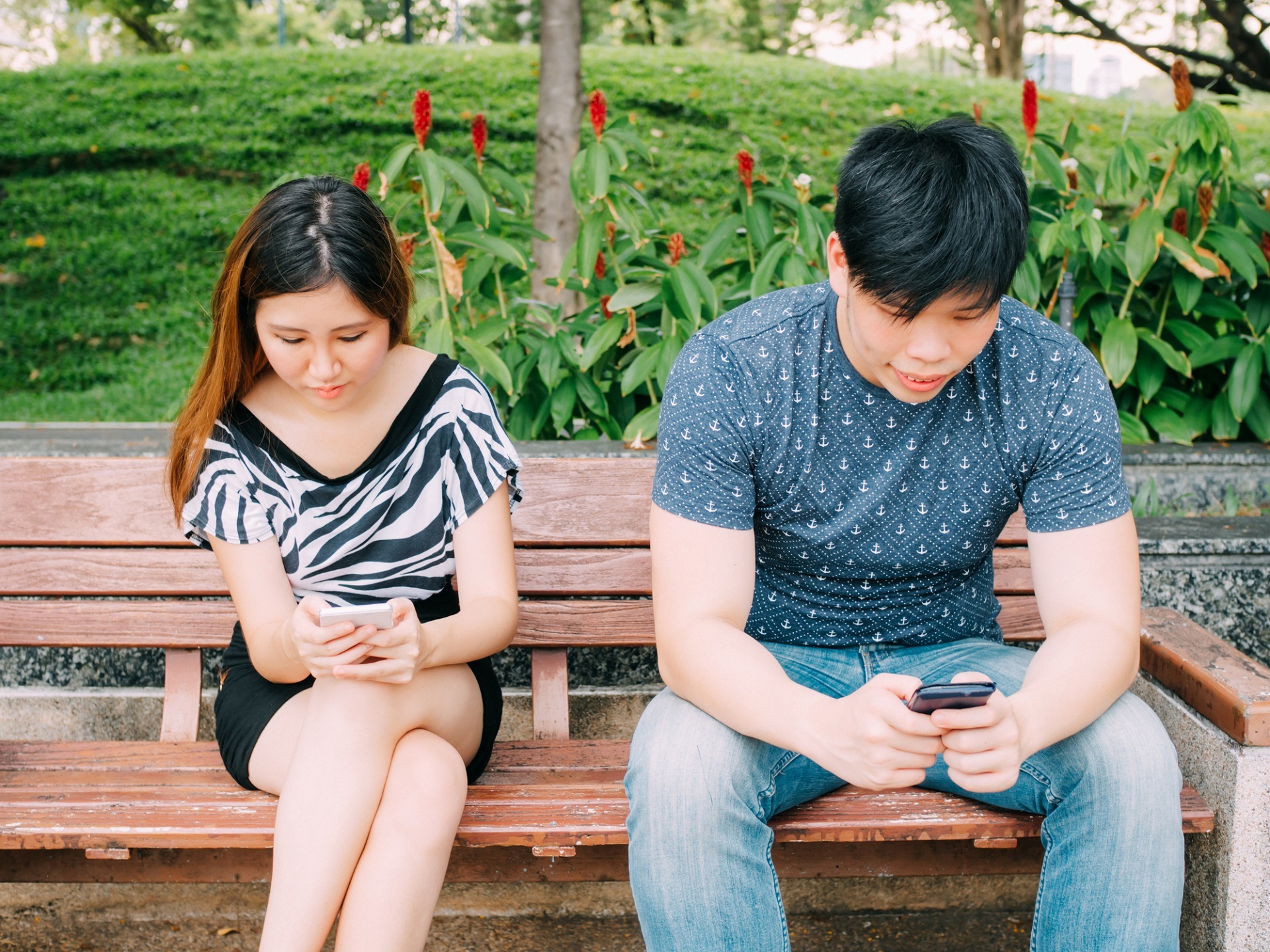 Is your FOMO turning you into a phubber?
Article | communication, social media
“My husband lies about watching porn”
My husband and I have a pretty decent sex life. It's often, but we can sometimes be a bit lazy when it's been a long day. About a year ago, I found out that he was following a ton of porn accounts on every social media account that he owns. I started snooping after feeling uneasy about his time in the bathroom. After discussing it, he deleted the accounts. I tried to go along with it to be the "cool wife," even though it honestly made me feel inadequate and also disgusted by him. He insisted that they were old accounts that he had no interest in and deleted them, though. A few nights ago, I was trying to find a bookmarked website on our laptop when I saw a few porn pages bookmarked. Apparently, his phone somehow linked with the laptop, because I realized I was in Mobile bookmarks. I didn't outright let him know what I found, but I sat him down and finally told him truly how him watching porn made me feel (without accusing him of anything). He started to get slightly defensive, but didn't. By the end of the conversation, I'd gathered that he wasn't watching it anymore. Today, I was going to see if a picture that I tagged him in on IG shared, because my phone was being dumb. Instead, I saw that he had recently followed nearly 100 more accounts than when I saw his profile last. There were nearly 100 porn accounts that weren't there after our conversation recently. In fact, some of them weren't even porn accounts. They were normal women's accounts who happened to wear skimpy outfits sometimes. A couple of them were girls who are local strippers. I am so sick, physically and with the relationship. I'm not sure if I should tell him what I found and try to have a civil conversation (again) about it and try to work through it, sleep in separate rooms until he gets it together, or just leave for a little while. I know this is so drawn out, but I'm at a loss. I cannot compete with the looks of these women, and I don't want to feel like I have to.
User article | jealousy, social media, pornography
“Can’t we live happily after marriage?”
This post was published by a Click user. Please feel free to respond in the comments below. We sometimes edit posts to ensure Click is a safe, respectful place to share stories and questions. _________________________________________________________________________________________________________________   I was so happy before marriage. I was a free bird. I could just go out of my house any time, just a start away from my scooter. I ate what I wanted, doesn't matter what is the time, 4 in the afternoon or 9 at night. I was earning my own money and did not rely on anyone. Now after marriage, I had to come here in the USA - the land of opportunities but I have no work permit, no money. Every time I have to rely on my husband, whether I want to shop something or eat something. I have a dream to travel the world. My in-laws and even my husband think that I am just wasting his money seeing the opportunity or his money. He is not aware that I used to shop and eat and spend money a lot than I do here with him. I was an independent girl. I have done everything I ever wanted with my own money. Also, he thinks now that I am in the USA I developed a hobby of traveling but he doesn't know It was my dream. After all this still, I am trying to save his money by going less out for dinner, don't remember the last time I went to the mall for shopping, and don't remember the last time I spent on online shopping. He has money to send to his family but whenever we discuss, he always says we are out of money. I am pissed of my his behavior. As a wife, I would want his special attention but that I am being treated just like any other person in his life. I don't know now whether I have higher expectations or he is wrong.
User article | dating, someone else
Comments 1