In gratitude for kissing 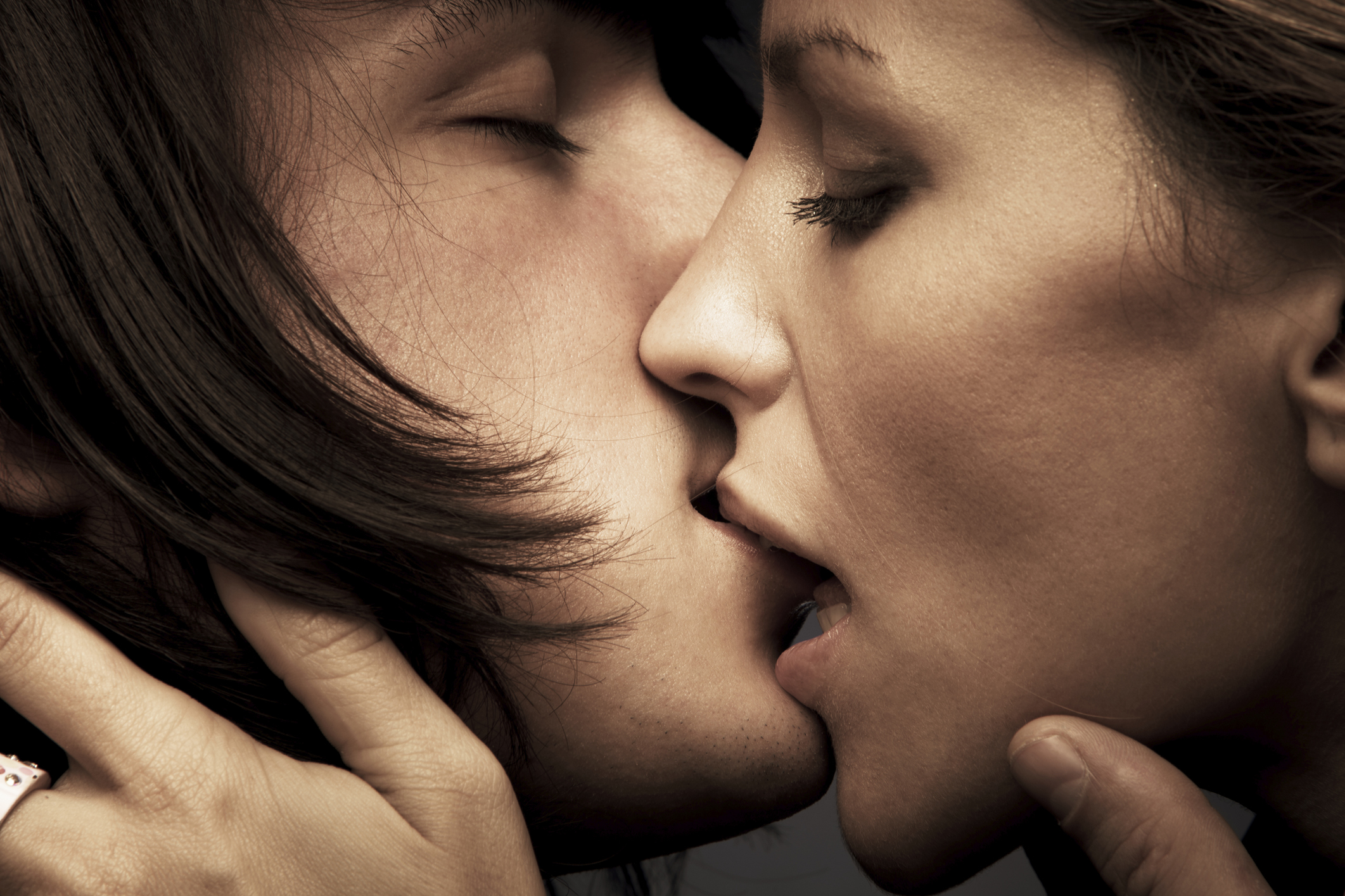 Kissing is something we’ve often taken for granted as a standard part of romance, but scientists have been all over the world and they’ve come back to tell us we were wrong the whole time.

Previously, it’s always been believed that romantic kissing happens in most cultures, but the first ever worldwide study has revealed that only 46% of the world’s cultures kiss romantically. In fact, some cultures find the idea of lip-to-lip contact strange, or even repulsive.

Researchers from Indiana University studied 168 cultures around the world to see what part kissing played in romantic relationships, publishing their findings in the American Anthropologist journal.

If these results seem surprising, it might show that we can tend to view the world through our own perspectives and experiences, sometimes taking things like kissing for granted. Knowing that we kissers are in the minority might be a fun excuse to enjoy it that little bit more.

The Middle East seemed to like kissing most, with all of the cultures studied there engaging in kissing. 73% of Asian cultures, 70% of European cultures, and only 55% of North American cultures were fans of kissing. The researchers found no evidence at all of kissing in Central America, or among the foraging cultures of Sub-Saharan Africa, New Guinea, and the Amazon.

Interestingly, the results suggest that the more complex a society is, the more likely its inhabitants are to engage in kissing. So the fact that we have varying degrees of social and economic statuses may be connected to why we have evolved into a culture of kissing those we are attracted to.

Kissing can be a way of finding out how we feel about a potential partner, testing out whether or not there is chemistry, and whether a person ‘feels right’ to us.

Further studies may be done into how a society evolves from being a non-kissing one into a kissing one. In the meantime, let’s be grateful that we live in a society where kissing is part of the adventure of sex and romance.

Being in a sexless relationship
Article | intimacy, sex, decline
“My boyfriend doesn't want sex”
I've been with my boyfriend for almost 7 months now. We love each other and get on amazingly well. However...he doesn't initiate sex with me. In the day he can be all over me, hugging and kissing me, holding my hand, saying how pretty I look and how attractive he thinks I am. This is all very well but I wish he'd show it in the bedroom! When we do have sex (usually initiated by myself) he finds it difficult to have an erection for more than ten minutes. I feel this is the root of the problem and is why he doesn't initiate sex with me. We've spoken about this many times trying to get to the root of the problem but with no luck! The funny thing is that throughout the day, he has no difficulty getting erect, but when it comes to having sex...this is another matter. A big problem now is that when I feel in the mood for sex I tend to fantasize about other people, including one of my exes who I was very sexually active with. I feel guilty for doing this, but find it difficult to fantasies about my current boyfriend as we hardly have sex!!! Please can someone offer me any advice about how to talk to my boyfriend about sex, how to make out relationship bit more spicy and whether I'm a bad person for fantasizing and thinking about my ex sometimes!! My relationships at the moment is going brilliantly in every department apart from this... I'd really appreciate your comments, Thanks.
Ask the community | sexless, intimacy
“My wife doesn't show me affection”
We are married with 1 child 9 years old, been together for 18 years, i'm 44 and she is 38, I have always instigated sex and over the years I have realised that its always me doing the trying all the time. My wife doesn't kiss me, no cuddles, no affection and I am just so fed up. I cant speak to her about this, a few years ago I got a lecture about how sex is all I want. She can't switch off from paying bills to enjoying sex, I can but without sex I am starting to resent her everyday. I can't figure out why she doesn't want sex and affection, it's eating away at me. I stopped instigating sex 4 months ago and we had no sex, she has just ignored me in bed and we just carry on just living snd surviving. I know she isn't seeing anyone else and she doesn't go out much. The other night she went out with girlfriends and came home merry and she instigated sex, in my head all I wanted to know is why haven't we had sex for 4 months, we had sex and it was great, the following morning nothing again, she is always nasty the next day and it feels like she regrets being nice. I just need to hear from anyone who has experienced this or can give me some advice to get back on track. I don't have anyone to talk to.
Ask the community | intimacy

Losing intimacy
Article | intimacy, sex
“My boyfriend isn't physically intimate”
I'm really hoping someone can give me some kind of input on a situation in my relationship that feel completely at a loss about. We've been together nearly three years (I am 30, he is almost 40). Compared to my previous relationships I've always found our sex life a little odd. With my previous boyfriends we always did it at least a few times a week, they would never turn me down, would pester me for sex when I didn't want to - and they always seemed happy to be doing it. I have a wonderful, close and loving relationship with my current boyfriend. But there is a real issue with sexual intimacy - I've been teling myself that it's a minor thing and I can deal with it, but the truth is that it's starting to become a problem. Even when we first started seing each other We only had sex occasionally, it was always me that initiated it, and whilst we were doing it he honestly never seemed to be enjoying it that much. He would get an erection without much trouble, but never seemd to "lose himself" like I'm used to guys doing, and he would never ejaculate inside me - he would always have to finish himself off by masturbating. once made him climax thrugh oral sex and he said that was "the first tim that's ever happened". The situation now is that we hardly ever do it at all, which he seems unbothered by - he'd rather we spent time togethher watching films, or talking, or hanging out with other frieds - which is fine, but sometimes I crave phyical intimacy. I have tried all sorts of things to address this: I asked him what he would like to do in bed, but he just answered that what we do is fine. I have tried to speak to him aboout the issue, aware that I need to be sensitive about it, but he always seems to find a way too change the subject, or laugh it off, or act like he doesn't get what I'm talking about. I've suggested a bit of roleplay or bondage or some other games - but he says he's "not into that". I have loads of sexy lingerie but he doesn't seem excited by it. I even bought chocolate body paintonce and he just ate it on toast! Food excites him more than I do! I don't think there's any problem with my technique, as my previous partners always seemed more than happy with it, I've learned some good tricks over the years if I do say so myself! Even if there is a problem, I can't get him to tell me. The only things that do seem to excite him sexually is pictures of certain celebrity women (not porn, he doesn't seem to like actual porn, just pictures of them in short skirts, lingerie etc or just films with certain actresses). I don't see how I can cater for that as I can't make myself look like Katy Perry if I just don't! At least if he was watching porn I could try and copy some of the scenarios! But it just seems to be about looking at beautiful women. He also enjoys going to lapdance clubs on stag nights with friends - but when I tried to do a lapdance for him he just laughed at me and said: "What are you doing?!" It all seems to be about looking at women, rather than actually having sex with them. I do feel I look as good as I can do - I used to model part time until a couple of years ago, I workout regularly, eat healthy, look after my skin and hair etc, get chatted up by other men, so I think I'm probably OK looking (small chest but that's another issue)!, He tells me he thinks I'm attractive and compliments my looks a lot, so logically I guess he must find me attractive on some level, though the fact he isn't affected in any way by the sight of me in lingerie and stockings does make me feel a little unattractive. I've got to the point where I really need a second opinion because I'm at a complete loss of what to do.I feel quite upset because I love him, and our relationship is so good in every other way - we can talk honestly about anything except this. I feel like I'm failing somehow because I can't help him to enjoy a sexual relationship. I love him, but I really miss having someone who couldn't keep their hands off me,and who loved having sex with me. I feel like having that intimacy would make our relationship complete - but as it is, we're floundering. Does anyone have any ideas - I feel like I've tried everything. Even if I could get him to properly engage in a conversation about sex that would be a start!
Ask the community | intimacy, sex

If you think you’re not having enough sex
Article | sexless, intimacy, YPc
“Am I just being used or what?”
My girlfriend doesn't want sex. In the 4 years we have been together we have made love about 9 times. She has two boys aged 10 & 12 and she works part time and we don't live together. I help her out with stuff like buying her a bike so that she can join her boys, a new TV, a new cooker, plus I took a loan out to buy her a car. She says that she only has sex with me like it's payback for what I do for her. Am I being used?
User article | sex, intimacy, sexless 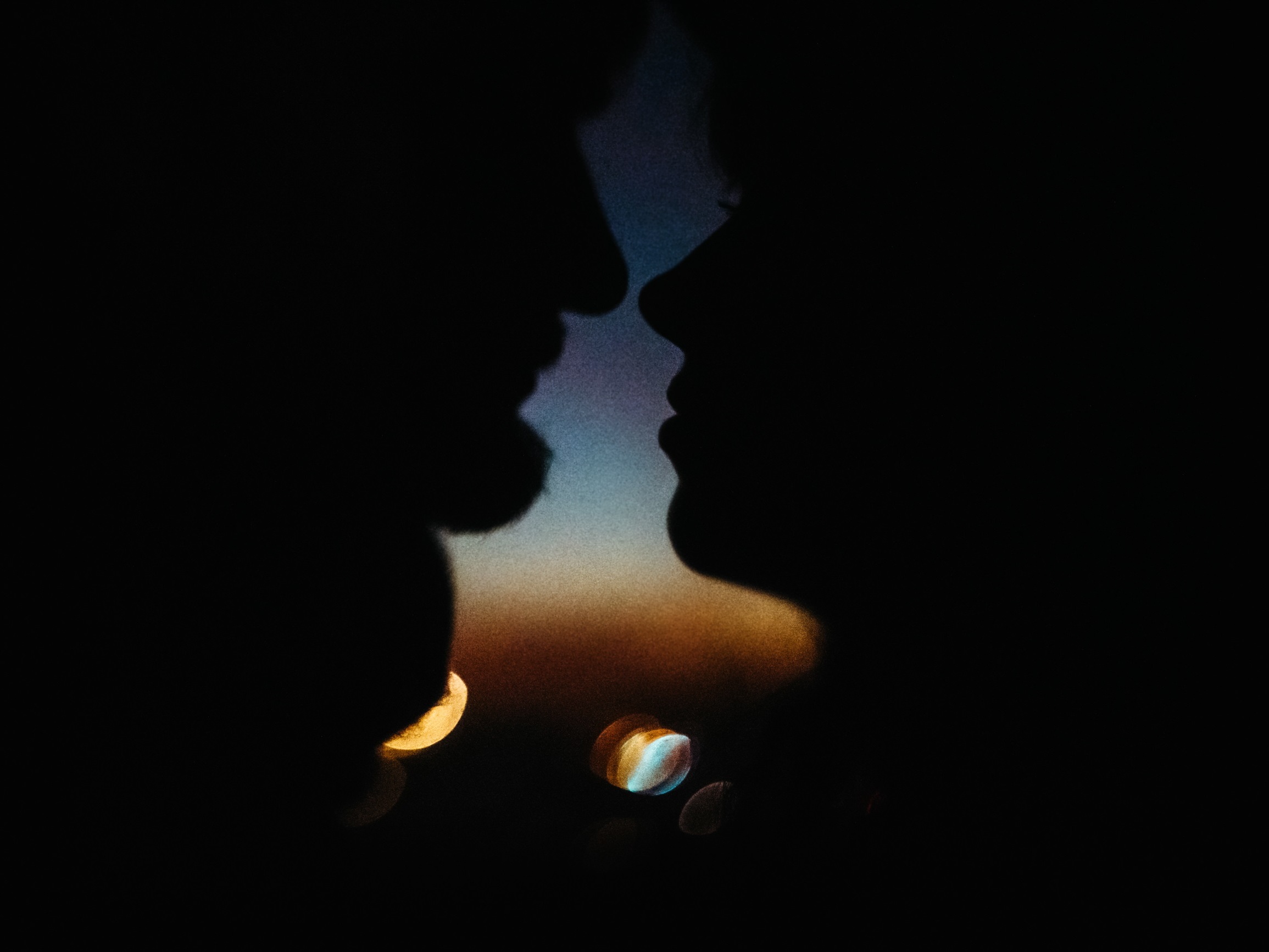