“My ex and contact with our daughter”
User article
This post was published by a Click user. Please feel free to respond in the comments below. We sometimes edit posts to ensure Click is a safe, respectful place to share stories and questions.

A bit of the back story... My ex and I had been together for three years when I got pregnant with our daughter. She was planned. I was 36 and she is my first child. My ex has 10-year-old twins from a previous relationship who he sees every weekend. Admittedly it was me that wanted our daughter when my ex and I discussed trying for a baby. He admitted he wasn;t as excited as me about the idea but said he would have one more child with me.

Once I had my daughter I was shocked at how little he helped me with her. She was quite a difficult baby she had colic reflux and milk allergy so didn't sleep a lot at first. My ex had a two-week paternity leave then had to go back to work so I didn't expect him to do a lot as he was working and I was on maternity leave. However, when he did have our daughter on a night for an hour or so it was as though he was doing me a favour. Even saying to me, if I asked for a little more help, 'But i work!'

Things got progressively worse after that. I did every single night feed myself, even at weekends when he was off not once did he offer to do it. I admit I became resentful especially when I got no help with housework and when the twins came on a weekend I also had them to look after them too with no help from him. Things came to a head resulting in him telling me he didn't feel the same about me anymore and we split. I moved back to my parents' with my 10-month-old daughter.

Since the split my ex has stayed in contact and picks up my daughter mainly when I have to work. However, I went back to work part time so this in effect only adds up to approx 11 hours per week that he has her. Several times he's let me down and hasn't picked her up only letting me know last minute. He refuses to have her over night too. I've bitten my tongue for a long time because I don't want anything to impact on my daughter who does love her dad and he is good with her when he has her but his lack of interest and letting her down has brought things to a head. Last night we had a huge argument (not in front of my daughter). I told him how I felt and gave him a few home truths which did not go down well so he brought our daughter home early and is now refusing to have her until I 'stop hassling him'. I'm at a loss what to do next. All I want is for him to take more of an interest in our daughter.

Issues
Parenting apart
Recommended
Planning parenting time after separation
Every family is different. If you’ve separated from your partner, your plans for parenting time will depend on several factors: The ages of the children. Young children suit a ‘little but often’ routine, whereas older children can deal with longer blocks of time. Parents' work and other commitments. Shift workers may have more restrictions than parents who work from home. The accommodation of the parent who doesn't live with the children. How far apart the two homes are. Parents who live 10 minutes apart will have more opportunities for frequent visits than parents who live two hours apart. The children's wishes and any specific needs they have. The type of co-parenting relationship you have. This includes factors like how well you communicate and co-operate. In the early days, many families start without much of a plan. Visits are arranged at short notice, and activities are open and flexible. This can work well if the children are getting to see both parents regularly and there is a strong co-parenting relationship. A flexible arrangement requires good communication, and give and take on all sides. If children don't know when they're next seeing their mum or dad, they may worry, especially if there are sometimes long gaps between visits. Co-parenting requires frequent communication and co-operation, so it’s important to establish the parameters and remain consistent. Work out a plan together. Consider the practicalities and your own expectations but, most importantly, ask the children how they feel about it all. Things to bear in mind Children cope best with predictable and regular routines. If the children are of school age, it can be helpful to separate routines for term time and holiday time. You'll probably want to have special arrangements for days like birthdays, Mother’s Day and Father’s Day. If you want to take the children away on holiday, you will need extra planning time.Be prepared to consult each other well in advance before you make any commitments. Have some flexibility to make changes now and again, but don't make changes without consulting your child’s other parent. Try to be considerate and accommodating when discussing changes. When it comes to parenting time, quality is more important than quantity. If you’ve only got limited time with your children, make it count – they will remember the good times. Children like doing ordinary, everyday things as well as having treats. Be prepared to review the arrangements. Don't worry about making your parenting plan perfect on the first attempt. Try it, review it, and then make adjustments as needed.
Article | contact
“Nasty divorce”
I'm going through a pretty nasty divorce. I was wondering how to deal with constant lies and horrible allegations through Cafcass and social services that are unfounded with little or no truth. My ex-partner has decided I'm no longer fit for having my two beautiful girls... She's not going to solicitor, and has toxic friends and family advising her which, if I'm honest, is destroying my self-confidence at the moment.
Ask the community | separation, contact, divorce

Two parents, two homes
Article | separation, contact
“Contact centre woes”
I recently had my first contact centre date with my daughter of five years old. I haven’t seen her since our split and her mother is very bitter towards me, for good reason at the time. I arrived at the centre and was put into a room to wait for my daughter. To cut a long story short, she wouldn’t leave her mother despite the staff doing their best to help. Please can someone tell me there is hope that this will work out? I’m so desperate to see her.
User article | contact, separation
“Divorced parents hanging together”
Me and my ex-wife have divorced 3 years ago, when our kid was 3 yo. We still live in the same city, in separated homes, not far away from each other. We split our duties and time with our kid 50/50. Everything smooth and better then before, no fighting, no friction. We did not get in other relationships, and, as a matter of fact, none of us has been even dating since we separated. We are cool with each other, we spend some lunches/dinners or birthday parties together. Occasionally we spend entire afternoons or even days together with our kid. Recently, when I had to leave the old house and move into a smaller one, we even lived together for three months (we did not sleep in the same room though). Our kid seems to be fine with this life style, even if sometimes he doesn't want to take in consideration the fact that me or mom could find another man/woman to love and to live with. He wants us to get back and to live in our old house. How much getting along, hanging together, is wrong? Will it hurt our kid? Thank you, Mikael.
User article | separation, contact 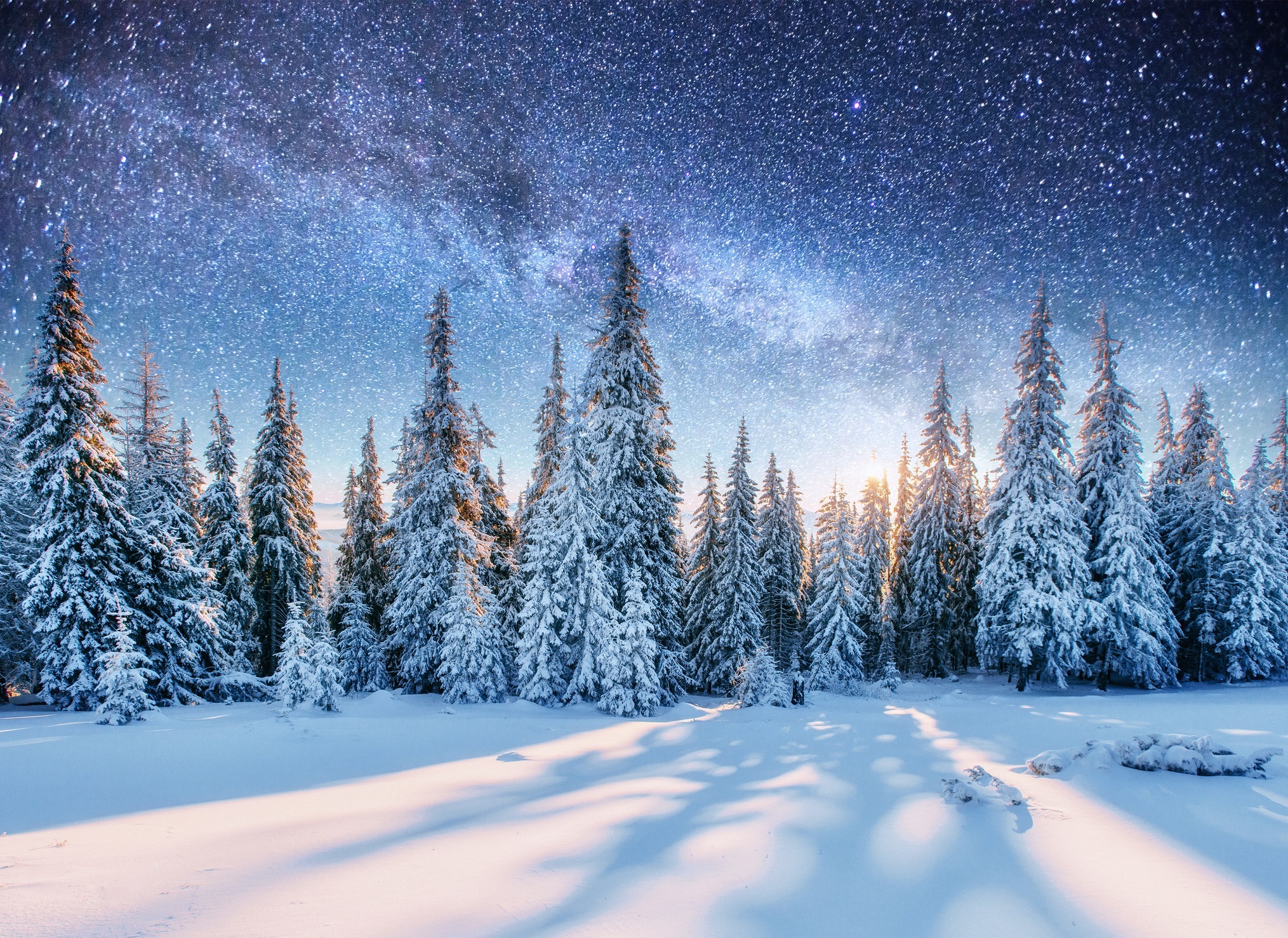 Shared care – is it the best thing for you?
Article | co-parenting, children, separation
Children and non-resident parents
Children benefit from being in regular contact with their non-resident parents but the frequency and quality of this contact can decline over time. A research paper published by The Ministry of Justice looked into the how a child's wellbeing is affected by the relationship they have with the parent they don’t live with. The report (pdf) also looked at the courts’ involvement in settling contact and financial arrangements and the impact these can have on a child’s outcomes as they grow up. The study followed a group of children whose parents had separated by the time they were seven years old. It looked at levels of court involvement in parental separation, and the frequency and quality of the contact between the children and the non-resident parents. Researchers then looked at outcomes for children when they were aged eleven, paying particular attention to: Subjective wellbeing (children’s moods and emotions). Antisocial behaviours, like drinking, smoking, or breaking the law. Social and behavioural problems. How good they were at making decisions around risky behaviour. Contact declines over time According to the report, the level of contact between children and their non-resident parents tends to decline over time, in terms of both frequency and quality. Among children of separated parents, the ones that had the best outcomes at age eleven were those who had had the most contact with their non-resident parents. This can be harder to manage if you’re struggling financially, but it’s important to try and maintain regular quality time together. Even after a separation, you and your ex-partner continue to have a relationship as co-parents, so it’s really important to look after this relationship in as supportive a way as possible. Put your children first and, wherever safe, try to ensure they spend time with both parents. If you’re a non-resident parent and you feel like you don’t get enough time with your children, there are a few helpful things you can work on: Try to resolve your differences with your ex-partner, using external support like mediation where necessary. If you can’t resolve your differences, try to keep your disputes and conflict away from the children. Draw up a parenting plan. Stick to the agreed arrangements, particularly if these have been agreed by the courts. Use the time you do have together to work on developing a bond with your child. You may not love your child’s other parent anymore – you may even resent them or be angry with them – but maintaining contact can protect your child against the negative effects of separation. It might be necessary to set your own feelings aside, at least in the beginning.
Article | contact, non-resident
“Court orders”
My son is 12 and my daughter is nearly 16 They do not want what is being proposed my by ex husband in court. They don't want to tell him but he thinks I'm putting them off staying with him. What is the process?
User article | co-parenting, contact