Everyone argues, but not everyone argues well. Constructive arguing is something of an art form, and sometimes a good argument that’s handled well can actually help to improve a couple relationship. Whereas if you argue badly, you’re likely to go around in circles and frustrate yourselves into a frenzy until conflict becomes the norm. Bad arguing isn’t healthy for a couple, and too many badly handled arguments can really shake the core of any good relationship, however solid and mature it is.

Whatever you’re up against as a couple, getting good at arguing together will help you solve your problems quicker and boost the quality of the relationship. The aim here is to help you do that.

After many years of conducting research and looking at relationships under the microscope, here’s the best tips we know of to help you argue well. These tips are not to help you win the argument, but rather, they’re to help you and your partner win each other.

1. Always be cool (ABC)
If you only stick to one rule, let it be this one. If you’re not calm, it’s because your emotions have gotten the better of you (in other words, you’re emotionally compromised), which means you’re in no real position to conduct a good argument. Fire fuels fire, so it’s really important to keep each other cool.

“I don’t know who you think you are speaking to me like that... where do you get off…”

“Maybe we should both come back to this when we’re a little calmer. Let’s take ten.”

Pro tip: Count to 10 before you react. If you get to 10 and you’re still not calm, remove yourself from the situation and come back when you’ve calmed down. Remember, when things get heated, aggressive or hurtful, you cannot make progress – the whole thing needs a reboot.

The worst kind of argument is one where both parties are just pelting each other with criticisms and blame. Instead try telling your partner how you feel. Here's what that might look like.

“Why do you make fun of me in public?”

“Well you insist on telling that naff joke, it makes everyone feel awkward”.

“You always find a way to make me feel like bad about myself.”

“I didn’t even realise I was doing that, that wasn’t my intention.”

Pro tip: Be conscious that your words can cause irrevocable damage, so choose them carefully. You might be able to apologise later, but you can’t take back what you said. Practice having a retort ready in the chamber and apply the discipline of NOT firing it. As you practice this, you may experience a sense of calm control.

3. Listen – until the penny drops

Failing to listen is one of the largest causes of poor arguing. It often happens because when one person is talking, the other person is cocking and loading their next argument. Listening is really about taking the time to understand where they’re coming from. If you don’t take the time to listen, your partner won’t feel heard and will very quickly become annoyed. They probably won’t listen to you in return either.

“Do we honestly have to go through this again?”

“Just to help me understand here; what signals am I giving you to make you feel that I’m not interested in you anymore?”

Pro tip: A huge and often underrated part of listening is body language. Even just sitting opposite your partner on the couch and facing them, you’re already communicating that they matter and that you’re ready to listen. Look them in the eye, and acknowledge when they’re making sense. You don’t have to agree, and if you don’t, try to resist the temptation of mentally preparing a comeback.

Pro tip: Try to focus more on understanding rather than just hearing them out. That sometimes means asking them more questions about it.

One of the reasons that arguments go sour is because the whole thing becomes a battle of accusations and criticisms. By telling someone how they’ve failed, what they’re doing wrong, or how they’ve messed up – you’re going to make them flare up, even if you’re speaking truth. It’s helpful to take the accusations out of the equation and instead talk about yourself and how their behaviour has affected you. That way, you’re not attacking them or making a judgement on their character.

“You want to be with someone else, just say it”.

“So what you’re saying is, you don’t trust me”.

“Well you’re such a flirt, and you flirt with other people, so what else do I have to go on?”

“I’m feeling quite insecure at the moment, and I’m afraid that you want to be with someone else“.

“Is it something I’m doing to make you feel that way?”

“There are a couple of things. I might be just being sensitive, but it looks like you’re behaving in a flirty way with other people.”

Pro tip: When you talk, start with “I” rather than “You”.  So instead of “You never help out with chores”, say “I’d really like some more help around the house, I feel like I’m on my own with it”. It’s the same point, but one feels like an attack, and the other feels like a request and the expression of feelings.

Pro tip: Try not to assume what your partner is thinking (or worse, TELL them what they’re thinking). By starting everything with “I”, you’re less likely to do that. Speaking for yourself is a habit that is worth developing for any argument with any person.

5. Apologise for your side of things

If your partner has attacked you in some way and, say, you snap back at them, it’s still helpful if you apologise for the snap. Even if they don’t apologise for the attack in the first place. This can be tough, but it sets in place an attitude of respect and the taking of one’s own responsibility. By giving some ground, you might be able to change the tone and direction of the entire argument.

“Okay, I’m sorry that I worried you. Maybe we should agree on how often I should check in with you in future. I might not be able to text you as often as you’d like though – I’d like to talk about that.”

Pro tip: The earlier you can land your apology, the better. So even if you’ve said something mean a few seconds ago, nip it in the bud and hold your hand up. Hold strong if the apology doesn’t get returned for their side of things. It might not happen, but by humbling yourself, you’ll create an environment where they can.

6. View it through their eyes

We’ve all heard the expression “putting yourself in their shoes”. But doing this during an argument is really hard because it requires you to step outside of yourself and all your own feelings for a moment. If you manage to pull it off, you can often see why their behaviour makes sense to them, even if it doesn’t make sense to you. Mastering this can make for some really effective and constructive arguing.

Pro tip: In order to really flip your viewpoint, you need to get good at really listening. Listening can help you see what it looks like through their eyes. Use your imagination and think how it would FEEL for your partner. It’s something that needs to be practiced. What we’re talking about here is basically empathy, and empathy is really really helpful in an argument.

7. Show love – even if it’s a minuscule gesture

If you’re angry, hurt, or feeling defensive, you might not feel like being kind, affectionate or loving. Naturally you’re on the back foot, and you’ve got fire in your belly. But a simple loving gesture like making a cup of tea can help, because it reminds you both of your shared bond. That can be enough to pour calm on a heated row and help you both want to comfort each other and find resolution. The act of showing love often slips because, in the scheme of things, work obligations, social dynamics and keeping up with life take precedent. But such gestures are actually imperative to relationships, as the following page will demonstrate.

Pro tip: The trick here is timing. If you go in for a hug as your partner is mid-tantrum or trying to explain their feelings, your hug might not be well received. But if your love based action is, say, fetching some tissues, putting your phone down, or stopping a game in order to talk properly, it shows that you care and that you want to listen. That can take the edge off a bad argument. 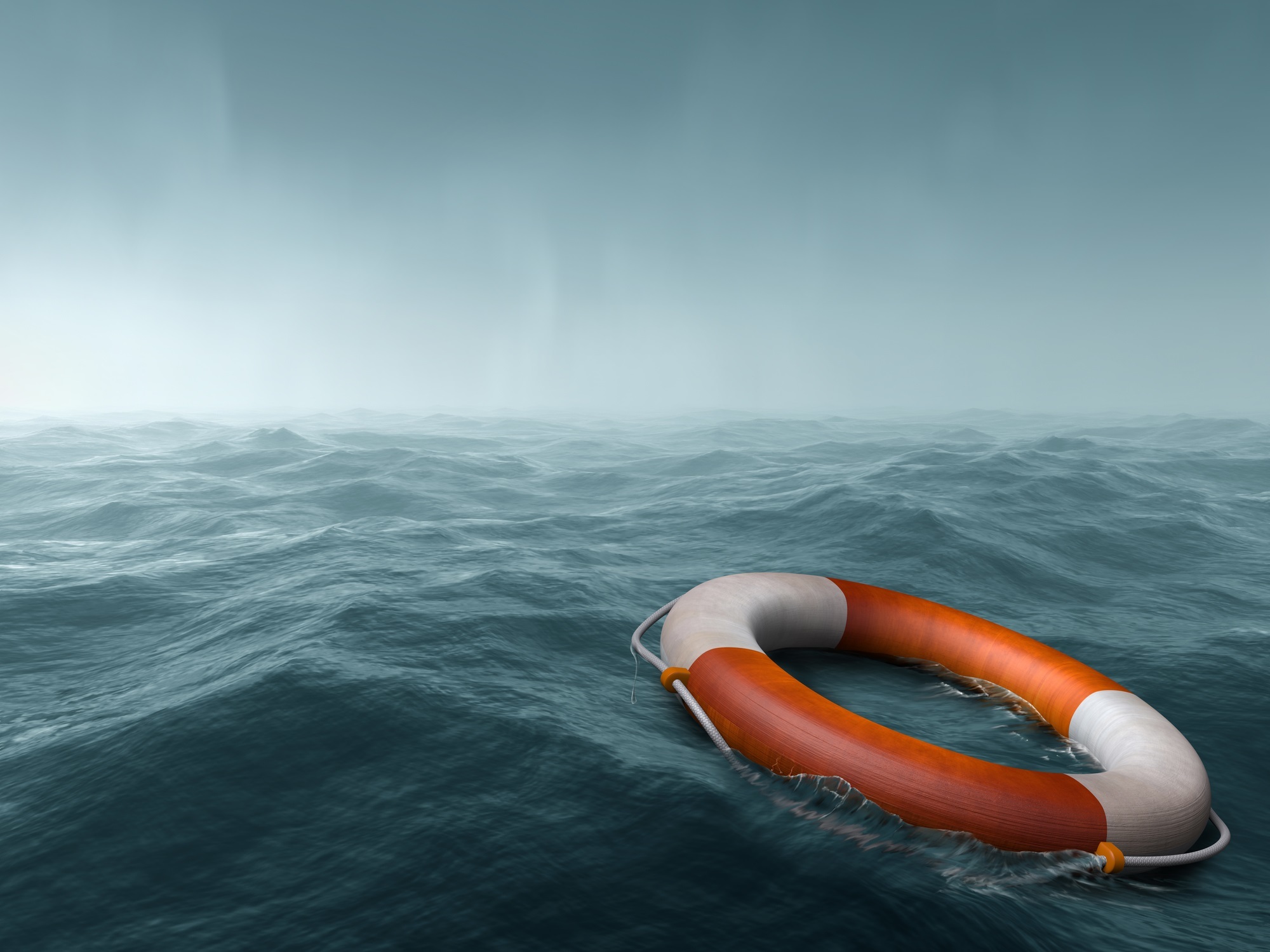