My partner isn't pulling their weight 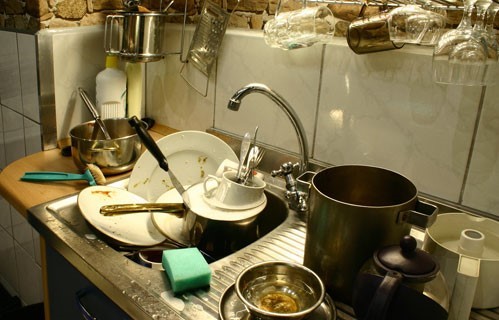 Article | 4min read
What is happening?

Although soap operas paint a more dramatic picture, in reality couples argue a lot about the mundane day-to-day stuff. The porridge cemented dishes, the socks on the floor, the lack of commitment to cleaning the bathroom… As a parent, you won’t need us to tell you that having children amplifies these issues. Having a baby generates a set of new chores that leave you too tired to do the usual ones. Having a child that has additional needs often means parents must take even more time attending to them, which adds a greater strain to couples just trying to keep on top of things.

If one partner doesn’t pull their weight, either with the baby or just general household chores, it can put a lot of strain on the other. This lack of balance can cause resentment and can quickly become a source of great friction in a relationship.

Why is this causing such a problem?

If you envisaged your partner being more active and involved at this early stage, it’ll be a real blow if they seem disengaged with you and/or the baby. You have both agreed to look after your baby and face the additional challenges together, so their disengagement could feel like a betrayal to you.

Some men assume their role is to ‘provide’ and not necessarily to ‘care’ [1], which is an unfortunate mentality to adopt. This assumption can cause men to focus entirely on ‘putting food on the table’, and ‘clothes on your back’, leaving the actual nurturing element to mum. These clichés are nearly as old-fashioned as the viewpoint. If a man bolsters this view, he may well have witnessed this kind of arrangement first hand – perhaps from his own parents.

When facing the challenges that a child’s additional needs might bring, it’s all the more important that, as a couple, you feel you're acting as a team. If the relationship doesn't feel like a team, it can leave you feeling as though you lack the security and encouragement of being a united force.

Research shows that support for one another is at its highest during birth and then steadily drops for both mothers and fathers [2]. This highlights that a decrease in support (from either of you) immediately following the birth is fairly typical. Fatigue and tiredness probably have a part to play in this, and it’s quite likely that the support for one another in this time will not accurately represent the support that you normally show one another in your relationship [2]. Studies have shown that the previous level of support normally returns within a year of the baby being born, though these studies do not specifically include parents with disabled children.

How do I help fix this?

If you’re feeling let down by your partner’s lack of involvement with household and childcare tasks, it might be helpful to let them know what this feels like and what their behaviour conveys. If you feel as if you aren’t prioritised, then you can tell them. Try not to make accusations though, and try to avoid listing off your criticisms or their shortcomings.

If you feel they carry a ‘provider’ over ‘carer’ mentality, then this is a separate conversation. If they’re the main provider, they may feel unappreciated for how hard they work, so be sensitive in your approach. Lead with how you feel and how it appears to you, rather than throwing in any accusations. Use “I feel” more than “you make me feel”.

If your partner has embraced the ‘provider’ role and not the ‘caring’ role where childcare is concerned, then it might be helpful for them to bond more with your baby. If you’re providing regular windows of opportunity for this bonding, then you’re doing all you can and you may just need to keep doing that. If your partner bonds with the child early on, they’re more likely to develop a stronger attachment, which will hopefully boost their desire to play a caring role [1].

Additionally, a separate study was conducted in the US which revealed that parents who were more satisfied with the time that their spouse spent in childcare said they saw their relationship quality improve [3]. So not only will the child benefit from both parents sharing childcare responsibilities equally, but so will the relationship between parents.

[1]  Plantin, L., Olukoya, A. and Ny, P. (2011) Positive Health Outcomes of Fathers’ Involvement in Pregnancy and Childbirth Paternal Support: A Scope Study Literature Review. Fathering: A Journal of Theory, Research, and Practice about Men as Fathers, 9(1), 87–102.